What is a Knarr?

Knarr (plural Knerrir) is the Old Norse term for a type of Viking ship built for long sea voyages and used during the Viking expansion (in the years 793 - 1066). The Knarr was a merchant ship; the hull was wider, deeper, and shorter than a longship, and could take more cargo and be operated by smaller crews. They depended mostly on sail-power, only putting oars to use as auxiliaries if there was no wind on the open water.

The Knarr was used for longer voyages, ocean-going transports, and more hazardous trips than the Gokstad type. It was capable of sailing 75 miles (121 km) in one day, held a crew of about 10 –20.  The Knarr had an average speed of  +/- 7 knots. Knerrir routinely crossed the North Atlantic carrying livestock such as sheep and horses, and stores to Norse settlements in Iceland, Greenland, and Vinland (North America) as well as trading goods to trading posts in the British Isles, Continental Europe, and possibly the Middle East.

Only one well-preserved Knarr has been found, discovered in a shallow channel in Roskilde Fjord in Denmark in the year 1962. Known as Skuldelev 1. This ship was built with a length of about 16 m (54 ft), a beam of 5 m (15 ft), and a hull capable of carrying up to 24 tons.

The Hedeby 3 Knarr found in Germany 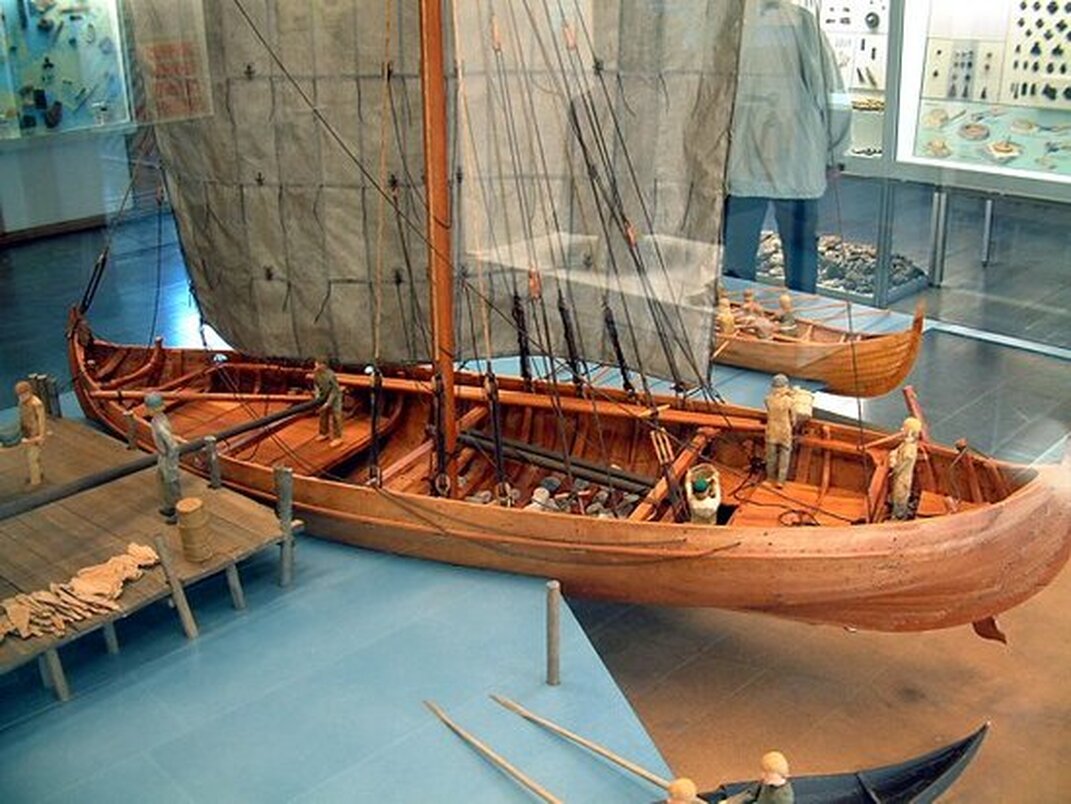 Constructional features of the Hedeby 3 shipwreck

"​The dimensions and lines of the ship have been determined to a surprisingly high degree when the amount of recorded material is taken into consideration. The keelson and its standing knees of various sizes contain information about frame spacing and planking. In this area it was thus possible to reconstruct the lower part of some sections with the spacing of 83 cm indicated by the notches for the floor timbers in the keelson. The turn of the bilge and uppermost part of the sections are indicated by bites, bite-knees and cross beam knees. In the stem and stern areas frames in one piece have been found that by themselves indicate entire sections. The recorded timbers did in this way describe parts of 9 frame stations and one intermediate station, some of which were at known positions along the keel. With the distance between frames given by the notches in the keelson, the other sections thus had to be placed according to this pattern at positions where they would fit into faring lines. In this way a whole set of lines was drawn, and with the regularity of the framing pattern it is possible to describe the internals for the entire hull as well as the planking.

Hedeby 3 Viking ship. Hypothetical reconstruction. (Source: The Navis 1 project database)
The floor timbers are of oak and very short which means that the bites are at low positions in the hull. The bite-knees are very long and cover a considerable number of strakes above the turn of the bilge. A peculiar feature in this wreck is the two recovered "keelson frames" that lie between two frame stations and support the keelson directly. The keelson itself has a preserved length of 5.40 m and is made of oak. It has a mast step of 16 x 16 cm, and immediately fore of this a vertical mast support. The frame station at this position probably had two cross beams, which also might have been the case by the ends of the half decks that must have covered the stem and stern areas. The deck planks would have been resting on cross beams at every frame station. Between the decked areas was a large open hold. " (Source: The Navis 1 project database)
Built within the Scandinavian clinker tradition the Hedeby 3 ship is thought to have been among the largest cargo carriers of the time. Its closest parallel example is the Skuldelev 1 wreck which is considerably smaller, and both of these ships have been capable of ocean voyages. 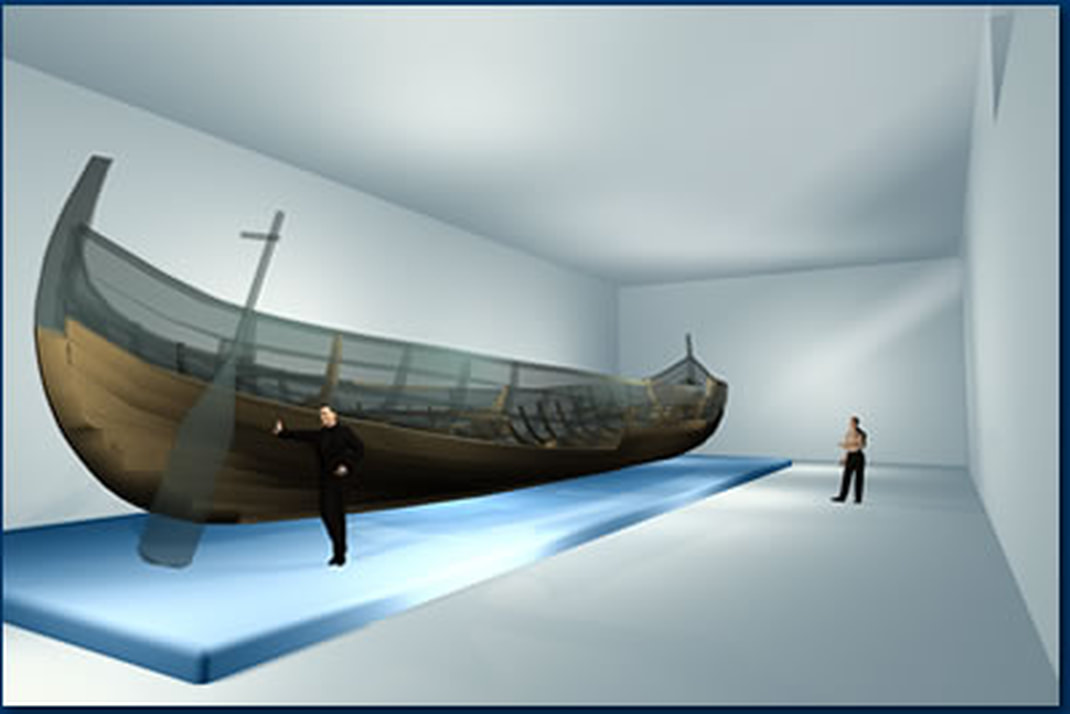